In the article “How to Make a Repurposed Draft Stopper #1“, I explained how to repurpose my child’s pants into a draft stopper. As you can imagine, a family of four has a different schedule. So I needed it more than anybody!

Since I had to do some patchwork in the first one, it was quite labour-intensive. So I came up with an easier way to make it for my son.

In this article, I will show you How to make a repurposed draft stopper.

How to make a draft stopper

First of all, measure the width of the door opening.

In my case, it was 74cm. I added 3cm as an allowance for the filling because when it puffs out the ends will shrink a bit. As a result, the length became 77cm, and I added an extra 1cm to both ends for sewing. It’s hard to see in the picture above, but the shortest width I had was 22cm.

So the actual size of the material I cut was 77cm x 22cm.

Next, fold the material in half (lengthwise) and pin. Once you finish pinning, sew it 1cm from the edge. If you are comfortable marking a sewing line, do so before the sewing process. Otherwise, go for it!

Now, pin one end of the tube and sew. I placed the seam in the middle, but you can also keep it on one edge.

Once you are done, flip it inside out. What you need to do here is flip half the tube (sewn half) out and keep the other folded. This makes the stuffing part easier.

As you can see in the picture above(right), use a pin to pull out the hidden corners.

Let the party begin – filling! Take a small amount of batting, and stuff it into the tube. Since it has a small opening, you will need something like a long chopstick to push the filling down. Continue filling until the top.

Once you fill the tube, fold the opening inward about 1cm. Then place a ribbon/cord and make a loop in the middle to sew at once, and pin.

The last step for the draft stopper

Finally, remove the flatbed attachment. Before you start sewing, push the batting down to make the sewing part as flat as possible. Place the draft stopper, and start sewing. You don’t need to measure the middle, anything roughly around the middle is good enough.

* Some of you might see the loop is missing in the picture. It’s because I forgot! If you make the same mistake… Just relax, you can either hand sew it or redo it like me!

One day, my son told me that he woke up due to the noise and brightness of the kitchen. When there is a problem, the mama bear fixes it!

As a solution, I laid my pajama pants under his bedroom door. But I got tired of looking at it, so I made the repurposed draft stopper. It reduces noise and light in rooms and is very easy to make.

All you need is material and some filling. For this, I reused the cushion filling, but it can be things like coffee beans, grains, and other types of beans. Since they are heavier, they may be a better choice. Please let me know when you try! 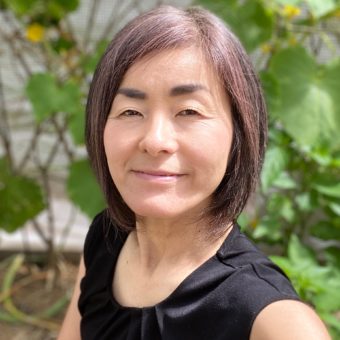